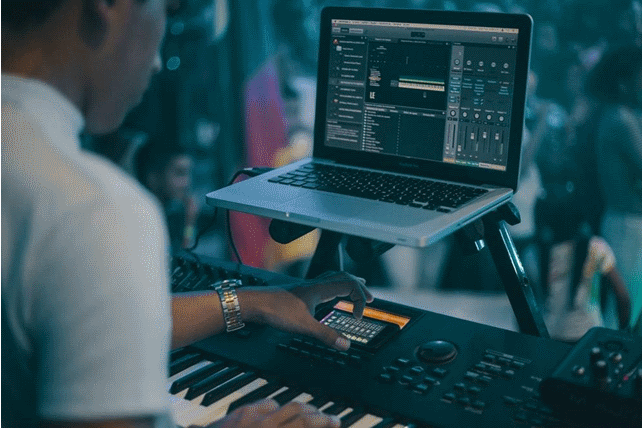 A musician might need to find something that works for their composition by combining music software with an electronic instrument. Meanwhile, a software developer might build prototypes on the go using mobile technology to test what it can do. This article will go through the many things that software developers and musicians have in common.

1. They’re constantly tinkering and looking for what works

Software developers and musicians are both very creative people. They both constantly look for possible improvements to their craft, whether they are building a new musical instrument for a piece of music or writing a new application to make it easier to produce music.

2. They have access to an almost infinite range of possibilities

There is no limit to the possibilities that musicians and software developers can explore. The possible fields that they can go into are endless, ranging from a single artist, a band, a local group, a larger group that encompasses an entire country or even the world, or maybe something much bigger. Software developers have even more possibilities because they can create applications that can target multiple devices at once. This makes it easy to have an application that is tailored to the type of device that it runs on.

3. Both are constantly looking for new tools

4. They both need to constantly update their skills

Both musicians and software developers are constantly exploring new ways to improve their craft. Musicians might want to learn how to play something different because they want the feel of it, while software developers might want to learn how to make certain functions in an application work in a completely different way for this particular time frame. Both developers and musicians will need to be able to update their craft so that they can continue to produce great work.

5. They both have to get comfortable with failures

6. Software development has an impact on music

Software has had an impact on music in so many ways. In the past, it was very difficult for a musician to produce music. They have used instruments that have been around for thousands of years and have been part of history’s best compositions. Now, though, with the idea of programming-based music with the use of applications, anyone can make their own music with no prior experience. This is not to say that this type of thing is better than the classical method; it is just another way for musicians to create their work without needing specialized knowledge or skills with instruments.

7. There’s a symbiotic relationship between both fields

There is a symbiotic relationship between software development and music. It is hard to say where one field begins and the other ends, considering how much they are tied together. People who are in one field will often be interested in the other field because of its similarities or differences with their own craft. Developers using open source software might be able to use its functionality, while musicians might be inspired by seeing what developers have created for their apps. This is not to say that developers can create music or that musicians can program; it is more about how they see the tools created by each other’s craft and how it could inspire them to produce something new because of it.

When you consider all of these similarities across fields that seem so different in nature, it becomes even clearer that developers and musicians have a lot in common. If you want to find out more about how software development can improve your music to get the most out of it, then you should consult with an experienced professional in the field today.

This website uses cookies to improve your experience while you navigate through the website. Out of these, the cookies that are categorized as necessary are stored on your browser as they are essential for the working of basic functionalities of the website. We also use third-party cookies that help us analyze and understand how you use this website. These cookies will be stored in your browser only with your consent. You also have the option to opt-out of these cookies. But opting out of some of these cookies may affect your browsing experience.
Necessary Siempre activado

Any cookies that may not be particularly necessary for the website to function and is used specifically to collect user personal data via analytics, ads, other embedded contents are termed as non-necessary cookies. It is mandatory to procure user consent prior to running these cookies on your website.