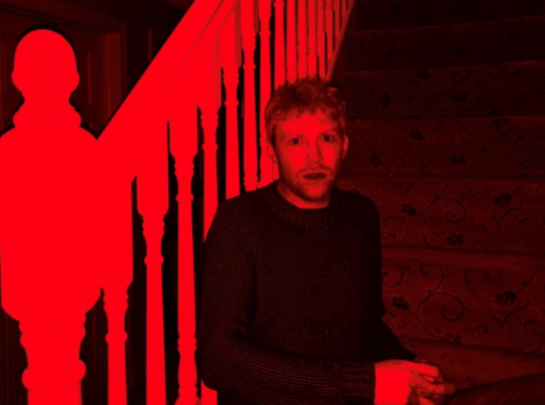 Being strong in yourself shouldn’t be seen as a weakness.

So says Paul Finn, lead vocalist and songwriter of SOMEFINN, about their debut single ‘Starlet’s Dream’. Attention to detail is laced throughout the band’s relentlessly vibrant alternative rock offering. Exploring themes of self-doubt has never been so thrilling.

“Is that a weakness of mine? Strength ain’t a weakness of mind,” Finn sings with conviction. His gripping delivery takes place against a frenetic and exhilarating landscape. Raucous drums and guitars blaze a trail amidst cleverly subtle keys and ambient voices, with a rollercoaster bassline serving as lifeblood for the track. Sailing over the top, the vocal performance is outstanding, and reminiscent of Chris Cornell, Julian Casablancas, and Thom Yorke all at once.

Talking about the single, he says, “It’s about self-doubt in the face of a critical, and cynical world. And about how understanding our weaknesses becomes a strength. It’s also for anyone who’s been down. Or up.”

The song sits on a knife-edge – accessible and exhilarating, yet devilishly dense and convoluted. Gorgeously thought out and executed, it glides from a jangly guitar intro, through a steadily evolving verse and refrain, to a daring post-modern collapse in its bridge. But ‘Starlet’s Dream’ is also simply great fun – with upbeat drums, a deceptively complex arrangement, and a bassline from Paul Markey which shows its genius in simply being an unbelievably good time.

SOMEFINN’s influences and inspirations include a multitude: David Bowie, the Strokes, Chet Baker, Madlib, as well as Irish contemporaries such as Just Mustard, Elephant and Ham Sandwich. ‘Starlet’s Dream’ is the first single to be released from SOMEFINN’s debut album, ‘…Tsk, Tsk…’, which was recorded in A/B Studios, Monaghan, with additional recording in Black Mountain Recording Studios, Dundalk. It was mixed by Paul Finn and Darren Clarke (Ham Sandwich), and mastered by Fergal Davis (Muse, Sinéad O’Connor). 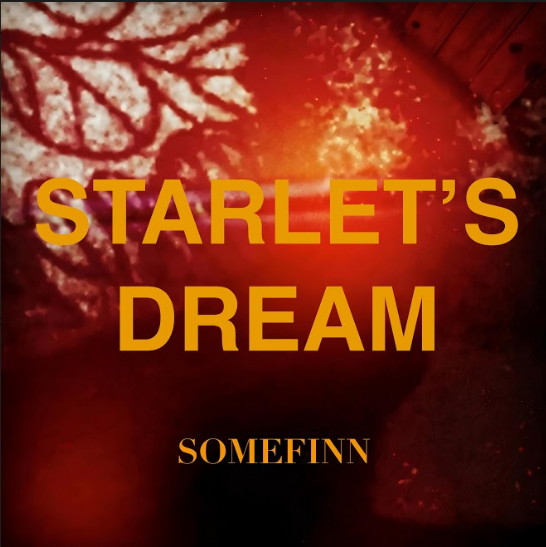 our starlet dreams of nights above the ash

an unattached muse is leaving.

come the chorus, am part tree

she  woke ‘bout an hour ago

all words fall on their swords in vain

as a girl, yet he would write.

it’s no time to think alike

so please just let them know

Is that a weakness of mine

is that a weakness of mind

strength ain’t no weakness of mine

that aint a weakness of mine

that starlet’s dream, that might have been the past

certain now in a reality that say’s it ain’t! so do your job.

Its this your weakness of mind

is that a weakness of mine?

strength ain’t a weakness of mind

is that a weakness of mine?

Is this your weakness of mind

is that a  weakness of mine?

Strength ain’t a weakness of mine

is that a weakness in mind?

SOMEFINN are an alternative rock band whose story begins where that of another band ends. Paul Finn was lead vocalist and songwriter for Irish Choice Music Prize Nominees The Flaws, who called it quits in 2016. Finn then took up an offer from Shane Clarke, to tour as guitarist with his band Elephant, with whom he played shows all over Ireland to rave reviews.

During this two-year period, Finn built a studio in his hometown of Killanny, Monaghan. There, he began writing and recording what would become SOMEFINN’s debut album, ‘…Tsk, Tsk…’. The band’s line-up was completed when an accomplished roster of multi-genre veterans came onboard. David Marron (Sanzkrit, Derek Ryan), Paul Markey (Sanzkrit), Paul Carolan (Finnian) and Darren Finn, Paul’s brother, are to be found on guitars, bass, drums and keyboards respectively.

The wisdom the group brings together feels evident on their album. It is measured, yet free to roar, precisely because of their experience. On display in its first single, ‘Starlet’s Dream’, is the deeply realised and hard-won freedom of a group of musicians who know who they are. It is a group who are willing to be themselves, to create a soundscape daring and brutal and beautiful all at once, and in turn, to give others the permission to be themselves too.